David Adler’s legendary Armour mansion, complete with its own recording studio, can be yours for a mere $13.9 million. The Lake Bluff, Illinois home, constructed in 1931 for Lester and Leola Armour of the meat-packing family, has been owned since 1997 by singer-songwriter Richard Marx and his former wife.  Marx initially listed the home and the five acres on which its sits on the shores of Lake Michigan for $18 million in 2014, but there were no takers.  At the time of this writing, the home is the second most expensive single family residence for sale in the Chicago area.  Although the home’s current iteration is that of the showplace of a successful musician, complete with rather stage-y Franco-Italianate interior design, the home has its own colorful history.

David Adler, whose magnificent homes stud the shores of Chicago’s northern suburbs like priceless jewels, was a personal friend of Leola Armour. Such was the Armours’ respect for the architect, that when Adler presented them his designs for the Colonial-Federal style residence, they gave an unconditional go-ahead to Adler’s vision.  Adler’s sister, designer Frances Elkins, was responsible for the home’s interiors.

The home was photographed in 1940 by noted photographer Ellen Glendinning Frazier when the Armours hosted luminaries in town for the Democratic National Convention.  As noted in the excellent New York Social Diary, the Armours’s guests included one John B. Kelly, whose daughter, Grace, would later become the Academy Award-winning actress and Her Serene Highness of Monaco. 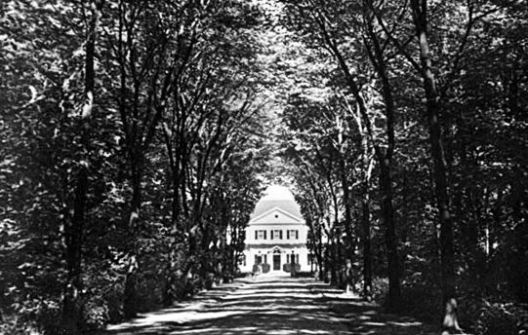 The allee of trees leading to the Armour home, July 1940 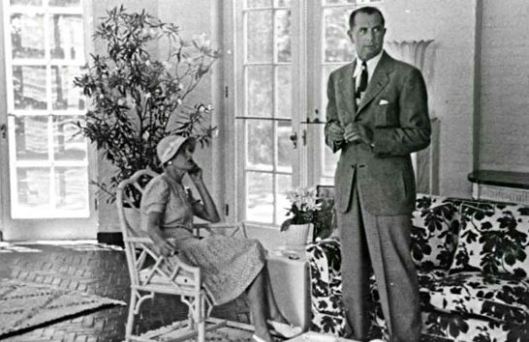 Leola Armour lived in the home until the late 1940s, when she and Lester divorced.  Lester continued to reside there upon his subsequent marriage to Russian princess Alexandra Galitzine, who resided there until 1977. The home was rightfully added to the National Register of Historic Places.

The mansion became a celebrity in its own right when it was selected to be one of the locations for Robert Altman’s raucous 1978 film, A Wedding.  There are some good shots of the exterior and interior in the original trailer.

The home’s “tired” interiors were treated to a facelift in a 1984 designer showcase. The home was purchased that year by an unidentified financial executive for his growing young family.

After Richard Marx purchased the Armour mansion in 1997 for $4.7 million, he made substantial changes. However, many of Adler and Elkins’ signature design elements are still intact: 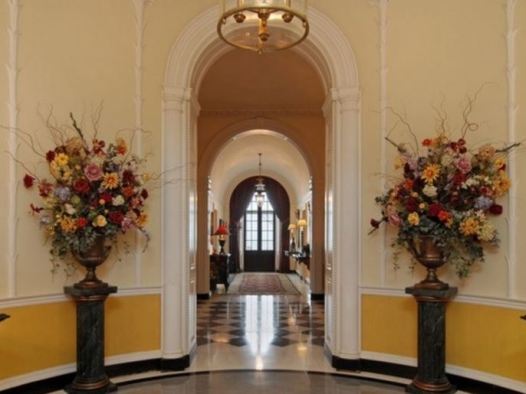 Original mouldings encircle this room that leads to a perfectly symmetrical enfilade.

The floating staircase, down which Carol Burnett tumbles in A Wedding

The pediments and moulding in the parlor appear to be original. 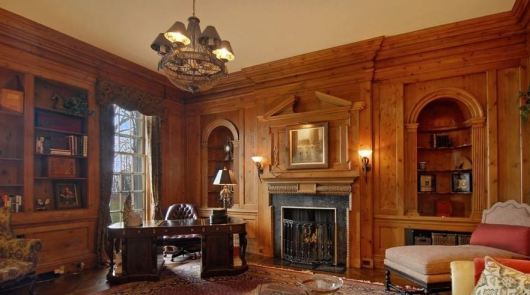 Masterful woodwork in the library, as well as light fixture, appear to be circa 1931.

Changes to the home, while opulent, are not quite faithful to Adler’s vision.

Richard Marx made significant renovations to the Armour Mansion, with some of the interior design reminiscent of pre-2008 exuberance.

Master bath by Adler and Elkins? Probably not.

Note the floor-to-ceiling columns on the bed. WWAD (What Would Adler Do)? 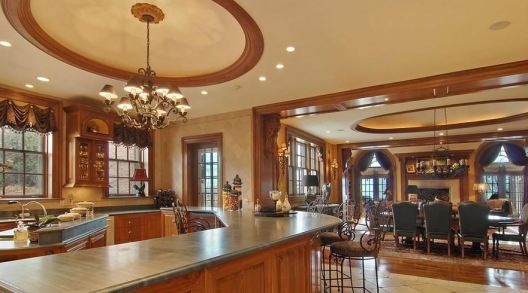 You have to wonder what the original kitchen looked like.

While I am an Adlerian purist, and my interior tastes perhaps more puritan, I have to give Richard Marx infinite credit for preserving this treasure house for its next owner, who, I hope, will do the same.

A Treasure House on the Lake