With its population skyrocketing in the 19th century, Chicago became home to many professions, including the world’s oldest one. As Chicago was still in many ways a frontier town, it was fairly easy for all kinds of vice to flourish in the face of law enforcement.  Chicago’s Levee District, with boundaries from Eighteenth Street to the north, Twenty-second Street to the South, Wabash to the east and Clark to the West, offered dubious pleasures of every imaginable variety.

The Levee District was several blocks away from Prairie Avenue, home for some 25 years to Chicago’s elite. While the captains of business would not have frequented places with names like the “Bucket of Blood” or engaged temporary residence at the hotels on “Bedbug Row,” some of them had a fancy for other establishments conveniently located at the southern end of the District.

The Everleigh Club and Vic Shaw’s “resort” were the preeminent brothels in Chicago, with Shaw’s business existing on Prairie Avenue for a time. The Everleigh Club was founded by sisters Ada and Minna Simms from Kentucky. Both married, both badly. Finding themselves newly divorced, they were fortunate to have inherited some $35,000.00. They established a bordello in Omaha, and doubled their investment within two years. Chicago loomed ahead for the ladies, who decided that an upper-crust sporting house was exactly what was missing in the rowdy Levee District. They changed their surname to Everleigh as an affectionate nod to their grandmother, who would close her correspondence with “Everly yours.” It is probably a good thing the grandmother was everly departed when Ada and Minna founded their houses of ill repute. 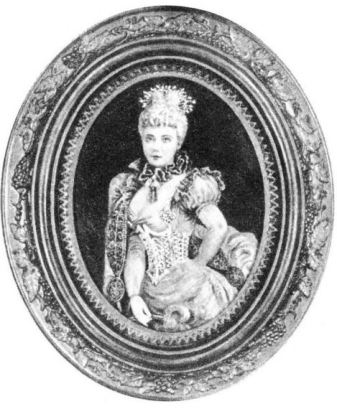 It was only in business for eleven years, but the Everleigh Club became a thing of wonder, perhaps even for those who detested prostitution. Located at 2131-2133 South Dearborn, the Club occupied two mansions. The sisters fitted the 50 rooms with exotic themes, such as the Japanese Throne Room, the Mirror Room, the Silver Parlor, and the Grand Ballroom. A piano purportedly worth $15,000.00 served as an alternate source of entertainment. A full cooking staff prepared gourmet meals for the Pullman Palace Buffet. A bottle of champagne cost $12 in an era when an entire meal could be had for fifty cents.  Beer and hard liquor were not on the menu, which seems rather undemocratic when the entrance fee alone was $50.00.  Libations and ladies would set a patron back at least another $50.00. Even with hefty payoffs to the police, the Everleigh sisters were capable of netting some $120,000.00 per year. 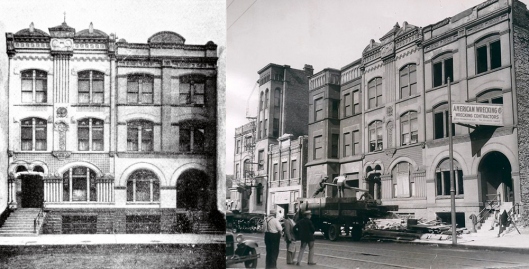 The Everleigh Club, in early days (left) and prior to its 1933 demolition (right).

The 30 ladies of the Everleigh Club were referred to as “butterflies,” and Ada and Minna accepted no mere moths. Girls had to be at least 18 years of age, have an attractive face and figure, and it was necessary that they wore evening gowns exceptionally well. The girls had regular physical examinations, and were required to be conversant and reasonably well-read. The club became famous for the rakish custom of drinking champagne from a slipper when, during a special performance for client Prince Heinrich of Prussia, one of his aides poured the bubbly into the fallen shoe of a fallen woman.

Other famed clients of the “resort” included actor John Barrymore,  authors Ring Lardner and Theodore Dreiser, and Marshall Field, Jr. Rumors persisted for years that the young Field had been shot at the Everleigh Club, and then carried back to his Prairie Avenue mansion.  A 1905 edition of the Chicago Tribune described how servants heard a gunshot, and that Field managed to call for help. Despite the aid of Chicago’s best surgeons, Field died of what the Tribune termed an accidentally self-inflicted gunshot wound.  Six weeks later, Marshall Field, Sr. was dead.  He had been in failing health for quite some time, and the untimely passing of his son no doubt hastened his demise.

If these walls could talk: The Blue Bedroom at the Everleigh Club.

The “parlor house” death of another prominent Chicagoan, Nat Moore, was as wild as his last night alive.  The 26-year-old married man was the son of the president of the Rock Island Railroad.  According to a 1949 Chicago Tribune story, Moore was known to inject himself with a 14-karat gold hypodermic needle. On one of his many nights seeking pleasure at the Levee, he first visited the Everleigh sisters, and netted one of his favorite butterflies, Katie. Young Moore, having partaken of drugs and alcohol before his arrival, was soon asked to leave the dignified establishment. Katie was infuriated, especially when the Everleigh sisters accused her of being in contact with a drug peddler. Katie promptly took her business to Vic Shaw’s, where Moore had also relocated after having been ejected by the Everleighs.

Sometime during that night, Nat Moore died at Vic Shaw’s establishment. The next day, a mystery caller contacted Minna, informing her that Moore’s remains were about to be transplanted to the Everleigh Club. Horrified at the prospect of a corpse in her house, not to mention one of a society figure, Minna sent an emissary to Shaw’s. After tense negotiations, Shaw had a tavern owner friend call the police, who calmly assigned the death to a heart attack.  The mystery caller turned out to be Katie, whose loyalty to the Everleighs extended beyond her dismissal.

Although the Everleigh sisters adored publicity – they even had a brochure printed of their over-the-top grandiose house – they were eventually forced to close. Shaw’s house lasted somewhat longer, as did other less elegant brothels. After at least one stint in prison on narcotics charges, Shaw lived until 1952 in a crumbling mansion at 2906 Prairie Avenue with a dog, cat and parrot. The remaining bordellos started to become notorious havens for drug use, as well as for prostitution. When police raids started becoming increasingly frequent, Chicago’s vice lords hired a young thug to operate a buzzer system, whereby the girls would be herded into underground tunnels until the raids were over. The young thug’s name? Alphonse Capone.

3 thoughts on “The Other Ladies of Prairie Avenue”